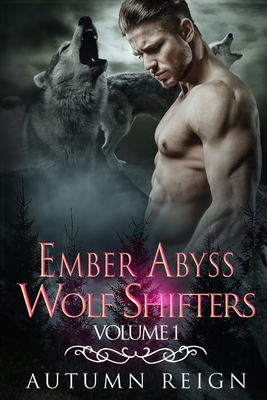 Ensnared WolfNadiaThe graceful deer shifter that has always feared men.AndersThe alpha wolf shifter and president of the Carved Flames Motorcycle Club.Is it possible that these two are fated mates or will the danger surrounding Anders keep them apart?Enthralled WolfJo is a tougher than nails, take no crap wolf shifter.She's a self-made woman, and no way in hell is she accepting anything less in a mate.Kray stood in the middle of the bar with his loud and obnoxious brothers in the Speared Lions MC and the woman he saw captured him like no other.Engulfed WolfAshley was happy with her mate Matt. Ashley, the fox shifter always new that Matt was her soulmate since they were teenagers. Until recently he knew it too. Suddenly the wolf shifter dumps her in public. Feeling rejected and embarrassed, Ashley moves out to a cabin near Purple Ridge.On her own outside the city, unknown creatures begin circling the cabin during the night. Matt suddenly shows up to try and protect her after she's tried to move on.Even though Matt wants nothing to do with AshleyEnchanted WolfMegan is a wolf shifting seer who's done with love.She was dumped by a bear shifter in another town because he found his fated mate, and although she completely understood- she couldn't stick around and just watch him live his happily ever after. She can't see her own future, her own happiness ahead of her, and because of this assumes that she's not meant to have a fated mate. After moving to Ember Abyss, to a warm welcome from every woman in her neighborhood, she's only disappointed when she tries to join a local motorcycle club. It seems to be men only, and on top of that, they don't trust seers.Caleb is a shifter in the Carved Flames MC and his fated mate would never be an untrustworthy seer.A devastating vision forces Caleb and Megan to partner. Sparks will fly because Caleb doesn't trust Megan, but he's got to put that aside if they are to save Megan's neighbor. Along the way, the two may just find a beautiful vision for their future.Encapsulated WolfWolf shifter Brett Lee is a tough detective focused on getting the criminal. He has no time for dating or mates.Shy shifter Fern Blossom, a personal chef, has worked odd jobs all her life and finally, she has her footing in the home of a suspected murderer. While investigating the suspect, Brett meets Fern and the immediate attraction is undeniable.Finding a mate now is bad timing, they have to solve the murders.

This feature require that you enable JavaScript in your browser.
END_OF_DOCUMENT_TOKEN_TO_BE_REPLACED

This feature require that you enable JavaScript in your browser.
END_OF_DOCUMENT_TOKEN_TO_BE_REPLACED

This feature require that you enable JavaScript in your browser.
END_OF_DOCUMENT_TOKEN_TO_BE_REPLACED

This feature require that you enable JavaScript in your browser.
END_OF_DOCUMENT_TOKEN_TO_BE_REPLACED