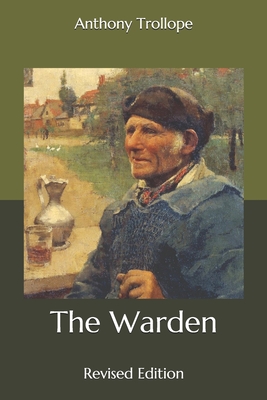 The Warden concerns Mr Septimus Harding, the meek, elderly warden of Hiram's Hospital and precentor of Barchester Cathedral, in the fictional county of Barsetshire.Hiram's Hospital is an almshouse supported by a medieval charitable bequest to the Diocese of Barchester. The income maintains the almshouse itself, supports its twelve bedesmen, and, in addition, provides a comfortable abode and living for its warden. Mr Harding was appointed to this position through the patronage of his old friend the Bishop of Barchester, who is also the father of Archdeacon Grantly to whom Harding's older daughter, Susan, is married. The warden, who lives with his remaining child, an unmarried younger daughter Eleanor, performs his duties conscientiously.The story concerns the impact upon Harding and his circle when a zealous young reformer, John Bold, launches a campaign to expose the disparity in the apportionment of the charity's income between its object, the bedesmen, and its officer, Mr Harding. John Bold embarks on this campaign in a spirit of public duty despite his romantic involvement with Eleanor and previously cordial relations with Mr Harding. Bold starts a lawsuit and Mr Harding is advised by the indomitable Dr Grantly, his son-in-law, to stand his ground.

This feature require that you enable JavaScript in your browser.
END_OF_DOCUMENT_TOKEN_TO_BE_REPLACED

This feature require that you enable JavaScript in your browser.
END_OF_DOCUMENT_TOKEN_TO_BE_REPLACED

This feature require that you enable JavaScript in your browser.
END_OF_DOCUMENT_TOKEN_TO_BE_REPLACED

This feature require that you enable JavaScript in your browser.
END_OF_DOCUMENT_TOKEN_TO_BE_REPLACED