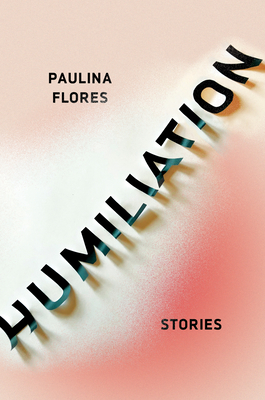 "Humiliation is a brilliant book that captures the volatility of misunderstandings, the moment when failures matter less than the need to share them." --Alejandro Zambra, author of Multiple Choice The nine mesmerizing stories in Humiliation, translated from the Spanish by Man Booker International Prize finalist Megan McDowell, present us with a Chile we seldom see in fiction: port cities marked by poverty and brimming with plans of rebellion; apartment buildings populated by dominant mothers and voyeuristic neighbors; library steps that lead students to literature, but also into encounters with other arts--those of seduction, self-delusion, sabotage. In these pages, a father walks through the scorching heat of Santiago's streets with his two daughters in tow. Jobless and ashamed, he takes them into a stranger's house, a place that will become the site of the greatest humiliation of his life. In an impoverished fishing town, four teenage boys try to allay their boredom during an endless summer by translating lyrics from the Smiths into Spanish using a stolen dictionary. Their dreams of fame and glory twist into a plan to steal musical instruments from a church, an obsession that prevents one of them from anticipating a devastating ending. Meanwhile a young woman goes home with a charismatic man after finding his daughter wandering lost in a public place. She soon discovers, like so many characters in this book, that fortuitous encounters can be deceptions in disguise. Themes of pride, shame, and disgrace--small and large, personal and public--tie the stories in this collection together. Humiliation becomes revelation as we watch Paulina Flores's characters move from an age of innocence into a world of conflicting sensations.

PAULINA FLORES was born in Chile in 1988. Humiliation is her first book. In its Spanish-language editions, it won the Roberto Bolaño Prize, the Circle of Art Critics Prize, the Municipal Literature Prize, and was selected as one of the ten best books of the year by the newspaper El País. MEGAN McDOWELL has translated many contemporary authors from Latin America and Spain, including Alejandro Zambra, Samanta Schweblin, Mariana Enríquez, Gonzalo Torné, Lina Meruane, Diego Zuñiga, and Carlos Fonseca. Her translations have been published in The New Yorker, Tin House, The Paris Review, Harper's Magazine, McSweeney's, Words Without Borders, and Vice, among others. Her translation of Alejandro Zambra's novel Ways of Going Home won the 2013 English PEN Award for writing in translation, and her English version of Fever Dream by Samanta Schweblin was short-listed for the 2017 Man Booker International Prize.

This feature require that you enable JavaScript in your browser.
END_OF_DOCUMENT_TOKEN_TO_BE_REPLACED

This feature require that you enable JavaScript in your browser.
END_OF_DOCUMENT_TOKEN_TO_BE_REPLACED

This feature require that you enable JavaScript in your browser.
END_OF_DOCUMENT_TOKEN_TO_BE_REPLACED

This feature require that you enable JavaScript in your browser.
END_OF_DOCUMENT_TOKEN_TO_BE_REPLACED