Potsdamer Platz, Or, the Nights of the New Messiah: Ecstatic Visions (Paperback) 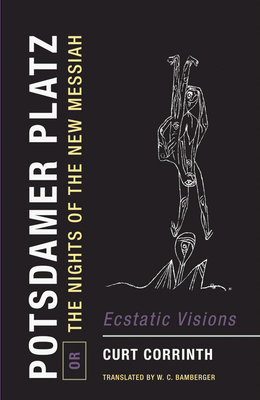 The book's provincial protagonist, Hans Termaden, arrives in Berlin, where he quickly evolves from city rube to sexual messiah as he converts prostitutes and virgins into sensual warriors and frees men of sexual inhibitions. As word of his exploits spreads, people flock to his headquarters in Potsdamer Platz, turning all buildings into brothels. Police and army attempt to bring order but themselves defect to take part in the spreading copulation as Corrinth's prose itself begins to fragment and melt on the page. Decried in its time, Postdamer Platz can be read today as a portal into the cultural excesses of Weimar Berlin. This first English translation includes the original illustrations done by Paul Klee for the book's 1920 deluxe edition. Curt Corrinth (1894-1960) studied law until serving in the military in World War I, which resulted in his embracing an antiwar and anti-bourgeois stance through his poetry and then through a series of novels, three of which would be banned by the Nazis in 1933. In 1955, he moved to the GDR in East Berlin, where he died five years later.

This feature require that you enable JavaScript in your browser.
END_OF_DOCUMENT_TOKEN_TO_BE_REPLACED

This feature require that you enable JavaScript in your browser.
END_OF_DOCUMENT_TOKEN_TO_BE_REPLACED

This feature require that you enable JavaScript in your browser.
END_OF_DOCUMENT_TOKEN_TO_BE_REPLACED

This feature require that you enable JavaScript in your browser.
END_OF_DOCUMENT_TOKEN_TO_BE_REPLACED