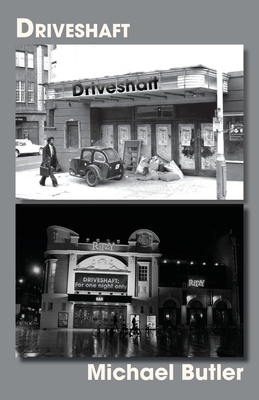 When a mysterious cult horror movie from the 1970s pops up on YouTube, Ben simply has to see it. He has to see it, partly because it's a horror film but mostly, because it stars Margot Kidder. Ben asks his girlfriend, Lena, to watch it with him. She does. Driveshaft, however, is no ordinary film and before they know it, Ben and Lena are trapped within its murky and disturbing world. Luckily, they meet fellow Driveshaft victims, Frank and Katherine. The foursome decide that the only way to rid themselves of the Driveshaft curse is through exorcism.

Part film-script, part novel, Driveshaft is a wry tribute to the wackier side of 70s cinema. It's a bumpy ride where the real, and the not so real, collide. So, if you like the 70s, horror movies, cars with a mind of their own, and Margot Kidder then jump in by all means, but make sure you don't belt up.

This feature require that you enable JavaScript in your browser.
END_OF_DOCUMENT_TOKEN_TO_BE_REPLACED

This feature require that you enable JavaScript in your browser.
END_OF_DOCUMENT_TOKEN_TO_BE_REPLACED

This feature require that you enable JavaScript in your browser.
END_OF_DOCUMENT_TOKEN_TO_BE_REPLACED

This feature require that you enable JavaScript in your browser.
END_OF_DOCUMENT_TOKEN_TO_BE_REPLACED