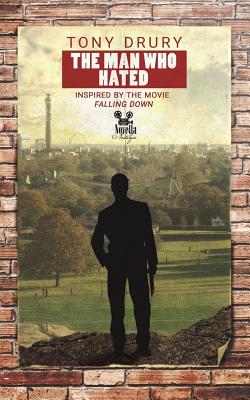 This is book number 4 in the Novella Nostalgia series.

Does Milton Grant, an evil, vindictive ex-police officer, reflect the hatred that lies within modern society? Milton has just been diagnosed with terminal cancer. Divorced, and with an estranged daughter, he feels he has nothing to live for - and nothing to lose. He begins a self-imposed mission to 'correct' what he believes are some of the main faults of his fellow human beings. In his way are a fumbling old lady at the supermarket checkout, an inconsiderate driver, selfish users of mobile phones, and self-satisfied chief executive Ray, who boasts about tax avoidance. Milton's acts of corrections become more extreme and violent as the novella progresses. He is spiralling out of control. In the meantime, two police officers, Lucy and Dave Smith, are close to exposing Milton. In the explosive finale Lucy finds herself facing him, as he points a gun at her head. She is alone and has no backup. Dave is four minutes away. Will Milton kill Lucy? Or will good triumph over evil? The Man Who Hated is inspired by the 1993 film Falling Down, starring Michael Douglas. It is the fourth in the Novella Nostalgia series, which links cinema classics with modern stories.

This feature require that you enable JavaScript in your browser.
END_OF_DOCUMENT_TOKEN_TO_BE_REPLACED

This feature require that you enable JavaScript in your browser.
END_OF_DOCUMENT_TOKEN_TO_BE_REPLACED

This feature require that you enable JavaScript in your browser.
END_OF_DOCUMENT_TOKEN_TO_BE_REPLACED

This feature require that you enable JavaScript in your browser.
END_OF_DOCUMENT_TOKEN_TO_BE_REPLACED