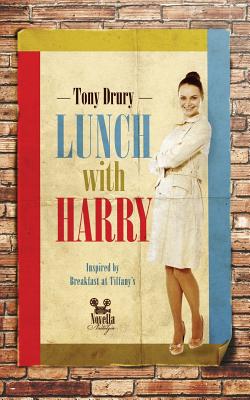 This is book number 1 in the Novella Nostalgia series.

Is it possible that Audrey Hepburn was in Regent Street, London in 2016?Perhaps not. But her memory is recreated in the desirable shape of Dr Ella van Houten who has stood on a man's foot outside Hamleys, the world's oldest toy shop. Their differing personalities dominate this fast moving story which takes in London, Europe and lunches with Harry.Ella was imagining that she was Holly Golightly, the character that Hepburn played in one of the greatest ever romantic films: 'Breakfast at Tiffany's'.This riveting novella tells how they begin a relationship which is initially dominated by two features: Ella's uncanny reprise of Holly's quirky and insecure nature and Harry's guilt over the loss of his wife. There is also the impending death of Ella's brother which bizarrely leads them chasing a figurine of the Mexican general Santa Anna who won the battle for 'the Alamo'.The ending produces a moment of pure cinema as Ella and Harry fight against the seemingly insurmountable obstacle which threatens their future together.Lunch with Harry is the first publication which forms part of the Novella Nostalgia series linking iconic cinema classics with modern stories.

This feature require that you enable JavaScript in your browser.
END_OF_DOCUMENT_TOKEN_TO_BE_REPLACED

This feature require that you enable JavaScript in your browser.
END_OF_DOCUMENT_TOKEN_TO_BE_REPLACED

This feature require that you enable JavaScript in your browser.
END_OF_DOCUMENT_TOKEN_TO_BE_REPLACED

This feature require that you enable JavaScript in your browser.
END_OF_DOCUMENT_TOKEN_TO_BE_REPLACED