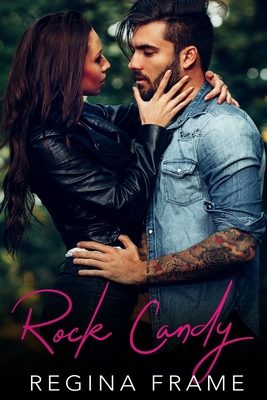 It's hard to escape the gritty trappings of Rock and Roll.As the guitarist and lead singer of the band Rock Candy, Drake Boston's life was filled with sex, drugs, and rock and roll. Until Holly Knight came into his world. Never before had he met a woman that made him want to leave his destructive behavior behind and be a better man.Holly Knight is one of the fortunate few to see the man behind the larger than life Drake Boston persona. Beneath those cerulean blue eyes and ego the size of Texas, was a loving man with a heart of gold. Holly was certain they were heading toward their happily ever after, until shocking news sends Drake into a self-destructive spiral. Can Holly prove to Drake that as long as they're together, the future isn't something to fear? Or will he lose out to the pull of his addictions? Rock Candy, by Regina Frame, will leave fans of steamy rockstar romance begging for an encore.

This feature require that you enable JavaScript in your browser.
END_OF_DOCUMENT_TOKEN_TO_BE_REPLACED

This feature require that you enable JavaScript in your browser.
END_OF_DOCUMENT_TOKEN_TO_BE_REPLACED

This feature require that you enable JavaScript in your browser.
END_OF_DOCUMENT_TOKEN_TO_BE_REPLACED

This feature require that you enable JavaScript in your browser.
END_OF_DOCUMENT_TOKEN_TO_BE_REPLACED