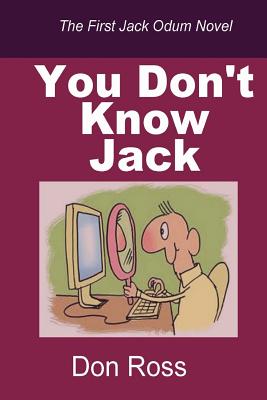 Newspaper reporter Jack Odum seems unable to stick to the facts, accurately quote his sources or use accepted English words and phrases. To Jack's mind there's nothing journalistically wrong with juicing up a story as long as the gist remains? But just gist doesn't hack it at the paper and Jack is handed his walking ones. Never mind, thought Jack's mind which has a mind of its own, why should you be a lowly newspaper hack, Jack, when you (we) have the God-given talent of wordsmanship to write the Great American Novel?

As if by divine design, an invitation to his family's Thanksgiving turkey and pig-pickin' dinner gets Jack's mind to thinking how the country-fried Odum clan back home might be the grist for a break-out best-seller. He'll take his readers on a trip through "Birdland," what he lovingly calls the state of North Carolina, where he lives in a coastal town named Duck and has yet to actually see an actual duck, to his mountain hometown of Gosling where he's never seen a baby goose either, come to think of it, thought his mind. He'll introduce us to his rural relatives and friends, with whom we might relate or hate, adore or abhor, the saints and sinners who shaped the life and mind of a future author of national note: Jackson Odum.

And not only would his American novel be great, Jack decided, it would also be novel; a combination biography, diary, travelogue, read-along, sing-along, puzzle and tell-all, some of it true, some of it not very. Jack's cocksure attitude, unconventional writing style, family dynamics and a slight psychological problem with sticky fingers result in his manuscript, "The Journaller: Written and to Read Out Loud," that a publisher finds both unworthy of paper and ink and highly publishable farce.

This feature require that you enable JavaScript in your browser.
END_OF_DOCUMENT_TOKEN_TO_BE_REPLACED

This feature require that you enable JavaScript in your browser.
END_OF_DOCUMENT_TOKEN_TO_BE_REPLACED

This feature require that you enable JavaScript in your browser.
END_OF_DOCUMENT_TOKEN_TO_BE_REPLACED

This feature require that you enable JavaScript in your browser.
END_OF_DOCUMENT_TOKEN_TO_BE_REPLACED