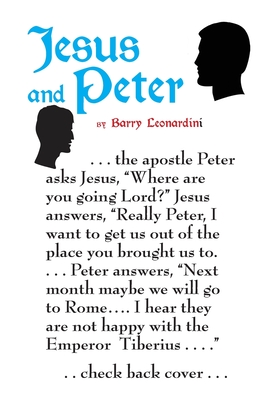 Can religious topics be entertaining ? Well Jesus said he was half man and half god. It's certainly an entertaining place to start. How much of Jesus as depicted in the Bible was accurate? How much was the apostle's Peter's creation ? How much were crafty editors who wrote about Jesus four hundred years after his passing with a purpose of establishing their own multilayered religious enterprise?

My feelings on Jesus's success is tied to his credibility. He had to be approachable. Jesus is somewhat naive and vulnerable. His followers were drawn to that warmth of honesty. But Jesus is also fishing for followers. So there is a calculating methodology. He doesn't want to be "caught acting" as Spencer Tracy warned. Indeed, he had a high wire act that ended badly. Whether he was or wasn't the son of god, he did live. That fact has been keeping people entertained for thousand of years.

"All roads lead to Rome" was how Christ's modest preaching of charity got legs to the world stage. Jesus never made it to Rome. But Jesus's once humble apostle, Peter, did make it to Rome. He became a quasi producer/promoter of Christ's message but with a political component. Peter went on to be Pope. He was the first and only Jew to be Pope of The Holy Roman Empire. He was followed in that position by powerful political members of Rome's ruling class families and subsequent Roman emperors.

It started with the emperor Nero. The savvy Nero used Peter to manage the expectations of newly arriving religious followers of Jesus and other immigrants from the vast empire. Nero also had an eye on managing Rome's own restive poor who were a growing threat to his power. The message of Jesus had been expanded from personal charity to a state funded "Bread and Circus" political event akin to welfare. Once Nero became Peter's partner, Peter became redundant. Peter was then crucified.

What is it about Jerusalem and the surrounding locale that produced both Jesus and Muhammad ? Maybe it was a coincidence. Or was it because Jesus and Muhammad replaced pagan gods? Pagan gods did not promote Jesus' charity which morphed with the Catholic Church into a welfare state. That's a compelling reason for common folks to follow the prophets and stop making out of pocket offerings to pagan god statues.

This feature require that you enable JavaScript in your browser.
END_OF_DOCUMENT_TOKEN_TO_BE_REPLACED

This feature require that you enable JavaScript in your browser.
END_OF_DOCUMENT_TOKEN_TO_BE_REPLACED

This feature require that you enable JavaScript in your browser.
END_OF_DOCUMENT_TOKEN_TO_BE_REPLACED

This feature require that you enable JavaScript in your browser.
END_OF_DOCUMENT_TOKEN_TO_BE_REPLACED