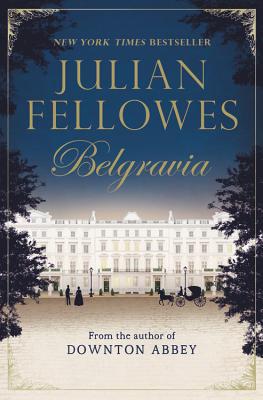 For Sophia Trenchard, the young and beautiful daughter of Wellington's chief supplier, this night will change everything. But it is only twenty-five years later, when the upwardly mobile Trenchards move into the fashionable new area of Belgravia, that the true repercussions of that moment will be felt. For in this new world, where the aristocracy rub shoulders with the emerging nouveau riche, there are those who would prefer the secrets of the past to remain buried . . .
*EPIX is only available in the United States of America

"The plot has plenty of surprises... The dialogue is crisp... and there are a number of wonderful set pieces."—New York Times Book Review

"Written with brio, the novel races along with all the page-turning suspense of a thriller...A glittering costume drama packed with authentic period detail, it's also a clever, involving read that brilliantly summons up a bygone world."—Woman & Home Magazine

This feature require that you enable JavaScript in your browser.
END_OF_DOCUMENT_TOKEN_TO_BE_REPLACED

This feature require that you enable JavaScript in your browser.
END_OF_DOCUMENT_TOKEN_TO_BE_REPLACED

This feature require that you enable JavaScript in your browser.
END_OF_DOCUMENT_TOKEN_TO_BE_REPLACED

This feature require that you enable JavaScript in your browser.
END_OF_DOCUMENT_TOKEN_TO_BE_REPLACED