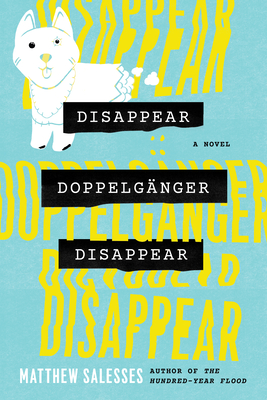 From the bestselling author of The Hundred-Year Flood comes an incredibly entertaining and profoundly affecting tour de force about a Korean American man's strange and ordinary attempts to exist.

Matt Kim is always tired. He keeps passing out. His cat is dead. His wife and daughter have left him. He's estranged from his adoptive family. People bump into him on the street as if he isn't there.

He is pretty sure he's disappearing. His girlfriend, Yumi, is less convinced. But then she runs into someone who looks exactly like her, and her doppelg nger turns out to have dated someone who looks exactly like Matt. Except the other Matt was superior in every way. He was clever, successful, generous, and beloved--until one day he suddenly and completely vanished without warning. How can Matt Kim protect his existence when a better version of him wasn't able to? Or is his worse life a reason for his survival?

Set in a troubling time in which a presidential candidate is endorsed by the KKK and white men in red hats stalk Harvard Square, Disappear Doppelg nger Disappear is a haunting and frighteningly funny novel about Asian American stereotypes, the desires that make us human, puns, and what happens to the self when you have to become someone else to be seen.

This feature require that you enable JavaScript in your browser.
END_OF_DOCUMENT_TOKEN_TO_BE_REPLACED

This feature require that you enable JavaScript in your browser.
END_OF_DOCUMENT_TOKEN_TO_BE_REPLACED

This feature require that you enable JavaScript in your browser.
END_OF_DOCUMENT_TOKEN_TO_BE_REPLACED

This feature require that you enable JavaScript in your browser.
END_OF_DOCUMENT_TOKEN_TO_BE_REPLACED