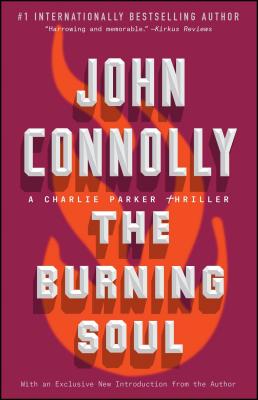 This is book number 10 in the Charlie Parker series.

There are some truths so terrible that they should not be spoken aloud. Here is one of those truths: after three hours, the abduction of a child is routinely treated as a homicide.

When a girl disappears from a small Maine town, her neighbor—a recluse named Randall Haight—starts receiving anonymous letters that contain tormenting references to a different teenage girl, murdered long ago. For many years, Randall has kept a secret: when he was fourteen, he was convicted of killing that girl. Now, his former life has returned to haunt him, and he hires private detective Charlie Parker to make it go away. But in a town built on blood and shadowed by old ghosts, where too many of the living are hiding secrets, the past cannot be dismissed so easily. As Parker unravels a twisted, violent history involving a doomed mobster and his enemies, the police, and the FBI, his search returns again and again to Randall Haight. Because Randall is still telling lies…

This feature require that you enable JavaScript in your browser.
END_OF_DOCUMENT_TOKEN_TO_BE_REPLACED

This feature require that you enable JavaScript in your browser.
END_OF_DOCUMENT_TOKEN_TO_BE_REPLACED

This feature require that you enable JavaScript in your browser.
END_OF_DOCUMENT_TOKEN_TO_BE_REPLACED

This feature require that you enable JavaScript in your browser.
END_OF_DOCUMENT_TOKEN_TO_BE_REPLACED