The Warden: Original and Unabridged (Paperback) 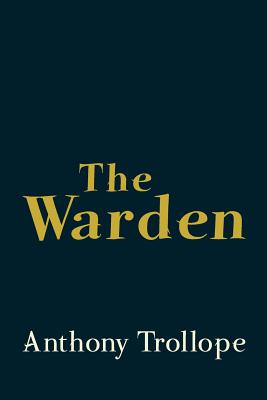 The Warden is the first novel in Anthony Trollope's "Chronicles of Barsetshire" series.

Mr Septimus Harding is the meek, elderly warden of Hiram's Hospital and precentor of Barchester Cathedral, in the fictional county of Barsetshire.

Hiram's Hospital is an almshouse supported by a medieval charitable bequest to the Diocese of Barchester. The income maintains the almshouse itself, supports its twelve bedesmen, and, in addition, provides a comfortable abode and living for its warden. Mr Harding was appointed to this position through the patronage of his old friend the Bishop of Barchester, who is also the father of Archdeacon Grantly to whom Harding's older daughter, Susan, is married. The warden, who lives with his remaining child, an unmarried younger daughter Eleanor, performs his duties conscientiously.

The story concerns the impact upon Harding and his circle when a zealous young reformer, John Bold, launches a campaign to expose the disparity in the apportionment of the charity's income between its object, the bedesmen, and its officer, Mr Harding. John Bold embarks on this campaign in a spirit of public duty despite his romantic involvement with Eleanor and previously cordial relations with Mr Harding. Bold starts a lawsuit and Mr Harding is advised by the indomitable Dr Grantly, his son-in-law, to stand his ground.

George Orwell called the novel "probably the most successful" of Trollope's "clerical series", and "one of his best works" but noted that Trollope, though a shrewd critic, was no reformer. "A time-honoured abuse, he held, is frequently less bad than its remedy. He builds Archdeacon Grantly up into a thoroughly odious character, and is well aware of his odiousness, but he still prefers him to John Bold, and the book contains a scarcely veiled attack on Charles Dickens, whose reforming zeal he found it hard to sympathise with."

Anthony Trollope (24 April 1815 - 6 December 1882) was one of the most successful, prolific and respected English novelists of the Victorian era. Some of his best-loved works, collectively known as the Chronicles of Barsetshire, revolve around the imaginary county of Barsetshire. He also wrote perceptive novels on political, social, and gender issues, and on other topical matters. Trollope's literary reputation dipped somewhat during the last years of his life, but he regained the esteem of critics by the mid-twentieth century. Trollope's first major success came with The Warden (1855)-the first of six novels set in the fictional county of "Barsetshire" (often collectively referred to as the Chronicles of Barsetshire), dealing primarily with the clergy and landed gentry. Barchester Towers (1857) has probably become the best-known of these. Trollope's other major series, the Palliser novels, which overlap with the Barset novels, concerned itself with politics, with the wealthy, industrious Plantagenet Palliser (later Duke of Omnium) and his delightfully spontaneous, even richer wife Lady Glencora usually featuring prominently. Trollope's popularity and critical success diminished in his later years, but he continued to write prolifically, and some of his later novels have acquired a good reputation. In particular, critics generally acknowledge the sweeping satire The Way We Live Now (1875) as his masterpiece.] In all, Trollope wrote forty-seven novels, as well as dozens of short stories and a few books on travel.

This feature require that you enable JavaScript in your browser.
END_OF_DOCUMENT_TOKEN_TO_BE_REPLACED

This feature require that you enable JavaScript in your browser.
END_OF_DOCUMENT_TOKEN_TO_BE_REPLACED

This feature require that you enable JavaScript in your browser.
END_OF_DOCUMENT_TOKEN_TO_BE_REPLACED

This feature require that you enable JavaScript in your browser.
END_OF_DOCUMENT_TOKEN_TO_BE_REPLACED