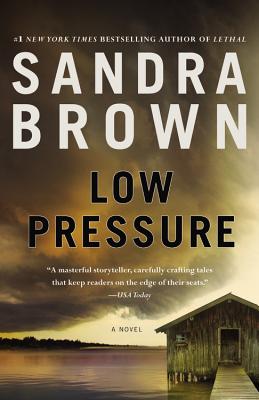 When a tabloid exposes her personal life, a bestselling author reconnects with a man from her past to unearth the secrets behind her sister's murder.Bellamy Lyston was only twelve years old when her older sister Susan was killed on a stormy Memorial Day. Bellamy's fear of storms is a legacy of the tornado that destroyed the crime scene along with her memory of what really happened during the day's most devastating moments.

Now, eighteen years later, Bellamy has written a sensational bestselling novel based on Susan's murder, published under a pseudonym to protect her family from unwanted publicity. But when an opportunistic tabloid reporter discovers that the book is based on fact, Bellamy's identity is exposed along with the family scandal . . . and she becomes the target of a vengeful assailant.

In order to identify her stalker, Bellamy must confront the ghosts of her past, including Susan's wayward and reckless boyfriend, Dent Carter. Dent is intent on clearing his name, and he needs Bellamy's help to do it. But her dangerous memories -- once unlocked -- could put both of their lives in peril.

Determined to learn the truth, Bellamy won't stop until she finds Susan's killer. That is, unless the killer strikes first . . .

Sandra Brown is the author of seventy-two New York Times bestsellers. There are over eighty million copies of her books in print worldwide, and her work has been translated into thirty-four languages. She lives in Texas. For more information you can visit www.SandraBrown.net.

This feature require that you enable JavaScript in your browser.
END_OF_DOCUMENT_TOKEN_TO_BE_REPLACED

This feature require that you enable JavaScript in your browser.
END_OF_DOCUMENT_TOKEN_TO_BE_REPLACED

This feature require that you enable JavaScript in your browser.
END_OF_DOCUMENT_TOKEN_TO_BE_REPLACED

This feature require that you enable JavaScript in your browser.
END_OF_DOCUMENT_TOKEN_TO_BE_REPLACED