What Rose Forgot: A Novel (Hardcover) 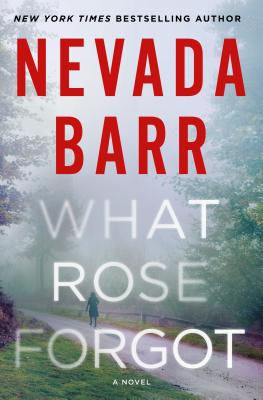 * POPSUGAR's "New Thrillers That Should Be on Your Radar This Year"
* Women.com's "12 New September Books Worth Canceling Plans For"

In New York Times bestselling author Nevada Barr's gripping standalone, a grandmother in her sixties emerges from a mental fog to find she's trapped in her worst nightmare

Rose Dennis wakes up in a hospital gown, her brain in a fog, only to discover that she's been committed to an Alzheimer's Unit in a nursing home. With no memory of how she ended up in this position, Rose is sure that something is very wrong. When she overhears one of the administrators saying about her that she's "not making it through the week," Rose is convinced that if she's to survive, she has to get out of the nursing home. She avoids taking her medication, putting on a show for the aides, then stages her escape.

The only problem is—how does she convince anyone that she's not actually demented? Her relatives were the ones to commit her, all the legal papers were drawn up, the authorities are on the side of the nursing home, and even she isn't sure she sounds completely sane. But any lingering doubt Rose herself might have had is erased when a would-be killer shows up in her house in the middle of the night. Now Rose knows that someone is determined to get rid of her.

With the help of her computer hacker/recluse sister Marion, thirteen-year old granddaughter Mel, and Mel's friend Royal, Rose begins to gather her strength and fight back—to find out who is after her and take back control of her own life. But someone out there is still determined to kill Rose, and they're holding all the cards.

Nevada Barr is the author of the series of New York Times bestselling novels featuring Anna Pigeon, a law enforcement park ranger. Her novels include Winter Study, Borderline and Burn. She won the Agatha Award for Best First Novel for Track of the Cat. Like her character, Barr worked for the National Park Service as a park ranger before resigning to write full time. She had postings to such parks as Guadalupe Mountains National Park in Texas (where Anna Pigeon was created) and Natchez Trace Parkway in Mississippi. She lives in New Orleans.

"[What Rose Forgot] has the same intricacies and engaging plotting that mark the Pigeon novels. But [it] leaves indelible traces of its own distinctive pleasure, infused as it is with Rose Dennis’ mix of chutzpah and smarts." —Seattle Review of Books

"Gripping and spine-tingling, What Rose Forgot is sure to raise the hackles of lovers of psychological thrillers." —NY Journal of Books

"Compelling... Fans who love Barr will devour this book, and readers who don’t want to begin a multivolume journey with one character will delight in this new stand-alone title." —Library Journal (starred review)

"A tour de force that thickens its thriller plot with a razor-sharp view of its heroine's unreliable but perceptive mind." —Kirkus Reviews

This feature require that you enable JavaScript in your browser.
END_OF_DOCUMENT_TOKEN_TO_BE_REPLACED

This feature require that you enable JavaScript in your browser.
END_OF_DOCUMENT_TOKEN_TO_BE_REPLACED

This feature require that you enable JavaScript in your browser.
END_OF_DOCUMENT_TOKEN_TO_BE_REPLACED

This feature require that you enable JavaScript in your browser.
END_OF_DOCUMENT_TOKEN_TO_BE_REPLACED