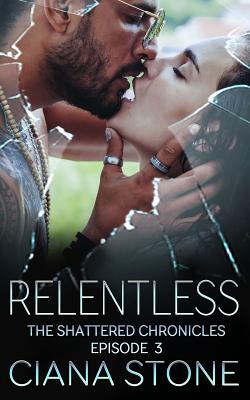 A relentless struggle to claim their desire may see them both lose what they want the most Two men, relentless in their desire to claim her, and one woman who can't be sure she can ever trust either of them.Morgan feels as if her life was crushed into dust and blew away in the winds of Cord's betrayal. He's gone without a trace, leaving her to deal with the government who now believes him to be a terrorist, a son who doesn't want to believe his father has done anything wrong, and a man who claims to love her. Sometimes she feels as if everyone is lying to her, trying to make her believe in a false reality. Sometimes she's sure of it. You see, thanks to being drugged by Victor, the man who claims to love her, she's developing psychic abilities and that brings a whole new level of danger. But what's new? These people live in a relentless struggle to claim what they feel is theirs. The question is, who will win?Join this ongoing tale to find out what happens when people begin to realize their vision of reality has been wrong all along. Nothing is what it seems. Not even themselves.** If you are a fan of ongoing tales like Sookie Stackhouse or Midnight Texas by Charlaine Harris, or The Children of the Gods, paranormal romance series by I.T. Lucas, then THIS is the series for you. In a world where no one is what they appear to be, where reality is a construct invented to make us feel safe, they know the truth. The Others are not myth or legend. They are here and they are many. They will be sought after, hunted, feared...and desired.

This feature require that you enable JavaScript in your browser.
END_OF_DOCUMENT_TOKEN_TO_BE_REPLACED

This feature require that you enable JavaScript in your browser.
END_OF_DOCUMENT_TOKEN_TO_BE_REPLACED

This feature require that you enable JavaScript in your browser.
END_OF_DOCUMENT_TOKEN_TO_BE_REPLACED

This feature require that you enable JavaScript in your browser.
END_OF_DOCUMENT_TOKEN_TO_BE_REPLACED