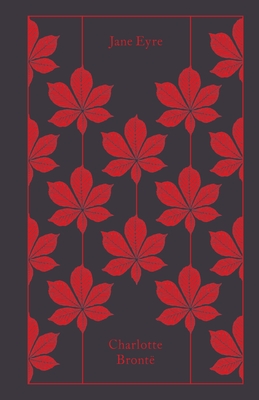 Part of Penguin's beautiful hardback Clothbound Classics series, designed by the award-winning Coralie Bickford-Smith, these delectable and collectible editions are bound in high-quality colourful, tactile cloth with foil stamped into the design. Charlotte Brontë's first published novel, Jane Eyre was immediately recognised as a work of genius when it appeared in 1847. Orphaned into the household of her Aunt Reed at Gateshead, subject to the cruel regime at Lowood charity school, Jane Eyre nonetheless emerges unbroken in spirit and integrity. How she takes up the post of governess at Thornfield Hall, meets and loves Mr Rochester and discovers the impediment to their lawful marriage are elements in a story that transcends melodrama to portray a woman's passionate search for a wider and richer life than that traditionally accorded to her sex in Victorian society.

Charlotte Brontë (1816-55), along with her sisters Emily and Anne, is one of the greatest novelists of the 19th century. She is also the author of Shirley, The Professor and Villette. Dr Stevie Davies is a novelist, critic and historian. She is Director of Creative writing at the University of Wales Swansea. She is the author of four books on Emily Bronte, three novels, and three books in the Penguin Critical Studies series.

"At the end we are steeped through and through with the genius, the vehemence, the indignation of Charlotte Brontë."
--Virginia Woolf

This feature require that you enable JavaScript in your browser.
END_OF_DOCUMENT_TOKEN_TO_BE_REPLACED

This feature require that you enable JavaScript in your browser.
END_OF_DOCUMENT_TOKEN_TO_BE_REPLACED

This feature require that you enable JavaScript in your browser.
END_OF_DOCUMENT_TOKEN_TO_BE_REPLACED

This feature require that you enable JavaScript in your browser.
END_OF_DOCUMENT_TOKEN_TO_BE_REPLACED